Hope for the future: Addressing depression as part of ART services in Malawi 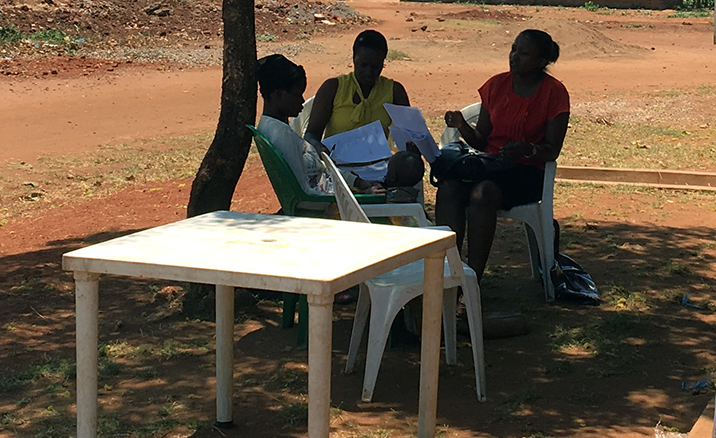 Chimango found out he was HIV positive three months ago and began taking antiretroviral therapy (ART) soon thereafter. Despite knowing the importance of ART for his health, there are days when he can’t carry out daily activities and forgets to take his HIV medication, often due to the depression he experiences because of family problems and his HIV diagnosis.

Chimango is not alone in feeling as if his world is falling apart. In Malawi, as in many sub-Saharan African countries, depression affects between 10 and 30 percent of people in HIV care and acts as a barrier to ART retention.

Because of the very limited mental health infrastructure in many countries, treatment for depression has remained outside of the scope of routine HIV care.

But now there is hope Chimango and others in Malawi can get effective treatment.

The Malawi MOH is implementing the depression treatment program at two semi-urban public health clinics in Lilongwe. The program uses a task sharing approach whereby a range of ART providers play a role in depression screening, counseling, and medication management.

In the Malawi model, the HIV testing counselor administers a 2-question screener—the patient health questionnaire (PHQ-2)—to all new ART patients. If a person responds positively to one or both questions, the HIV health care provider administers a 9-question structured assessment (PHQ-9). The clinic’s lay health workers—called health surveillance assistants – provide problem-solving therapy in a private space outside of the clinic to those who screen positive for depression. For those with moderate or severe depression, the HIV health care provider can prescribe antidepressants, depending on the case.

The biggest challenge thus far has been staff availability—the depression screening and treatment program is vying for the limited bandwidth of very busy providers to take on additional tasks. Yet interim findings show that routine screening for depression has been effectively integrated into ART intake by existing staff at both primary care facilities.

About 90 percent of new ART patients are completing the initial PHQ-2 screener; about the same proportion of those who screen positive on the PHQ-2 are being further assessed by the clinician with the PHQ; and about 90 percent of those identified with minor to severe depression are receiving some intervention.

Interim findings also show that nearly a fourth (24 percent) of ART patients are being diagnosed with mild to severe depression, based on their PHQ-9 scores, and that levels of depression and suicidal thoughts are similar for men and women. Most importantly, patients are coming back for counseling.

Follow-up data collection is planned for later this year, providing critical evidence on the feasibility, effectiveness, and cost-effectiveness of an integrated depression treatment model for improving retention in and adherence to HIV care.