Estimating the cost of diagnosing HIV at birth in Lesotho

Assessing the feasibility, acceptability, and costs of diagnosing HIV at birth in Lesotho and Rwanda

Assessing the Feasibility, Acceptability, and Costs of Diagnosing HIV at Birth in Lesotho and Rwanda 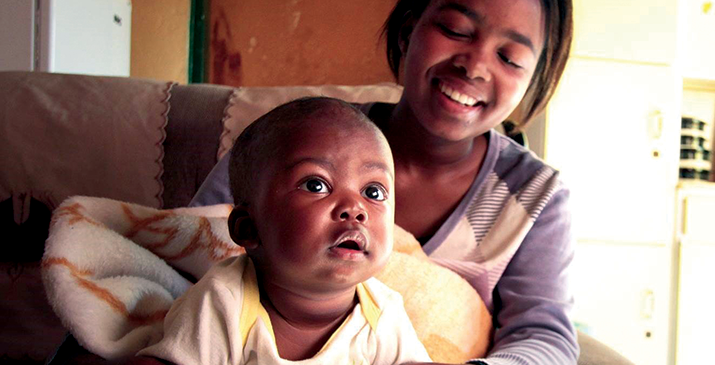 The issue
HIV disease progresses much more rapidly in children than in adults. Without treatment, up to 68 percent of infants with perinatal infection will die by age two, with the highest risk during the first months of life. Very early infant diagnosis (VEID)—testing at birth or within the first two weeks of life—followed by life-saving treatment for HIV-positive infants, is an attractive intervention to reduce early HIV-related mortality. However, there remain many questions about implementing it on a broad scale.

Our approach
Project SOAR assessed the feasibility, acceptability, and costs associated with birth HIV testing for infants born to HIV-positive women. The study used a mixed methods design, including (1) secondary analysis of data from USAID-funded study cohorts in Lesotho and Rwanda; (2) prospective birth HIV testing in Lesotho and retrospective testing of dried blood spot specimens collected at or around the time of birth in infants who participated in the Rwanda study; (3) interviews with health workers, laboratory personnel, and postpartum women in Lesotho; (4) abstraction of HIV and testing-related data from mother-baby pairs and dates of specimen and result transfer from the parent cohorts; and (5) interviews and record review of facility and laboratory costing data in Lesotho.

The impact
This study provided implementation-related evidence to inform global guidance on VEID policy. It determined that birth testing was acceptable for women, health workers, and laboratory personnel in Lesotho. However, implementation involves several challenges, particularly with regard to the time from HIV testing to the return of test results and treatment initiation for HIV-positive infants. While infants identified as infected at birth were initiated on treatment more quickly than those tested at six weeks, the turnaround time was still long and varied between one and two months. In order to reduce turn-around-time, it may be less burdensome and costly to strengthen counseling, tracing, and testing. Costs are lowest when the rate of in utero infection is high. Countries will need to consider both costs as well as implementation feasibility in designing national programs.