Voluntary medical male circumcision (VMMC) has been shown to be an effective prevention strategy against HIV infection in males. Since 2007, the President’s Emergency Plan for AIDS Relief (PEPFAR) has supported VMMC programs in 14 priority countries in Africa. Today several of these countries are preparing to transition their VMMC programs from a scale-up and expansion phase to a maintenance phase. As they do so, they must consider the best approaches to sustain high levels of male circumcision in the population. The two alternatives under consideration are circumcising adolescents 10–14 years old over the long term or integrating early infant male circumcision (EIMC) into maternal and child health programs. The paper presents an analysis, using the Decision Makers Program Planning Tool, Version 2.0 (DMPPT 2.0), of the estimated cost and impact of introducing EIMC into existing VMMC programs in several countries in eastern and southern Africa. Limited cost data exist for the implementation of EIMC, but preliminary studies, such as the one detailed in Mangenah, et al., suggest that the cost of EIMC may be less than that of adolescent and adult male circumcision. If this is the case, then adding EIMC to the VMMC program will increase the number of circumcisions that need to be performed but will not increase the total cost of the program over the long term. In addition, we found that a delayed or slow start-up of EIMC would not substantially reduce the impact of adding it to the program or increase cumulative long-term costs, which should make introduction of EIMC more feasible and attractive to countries contemplating such a program innovation. 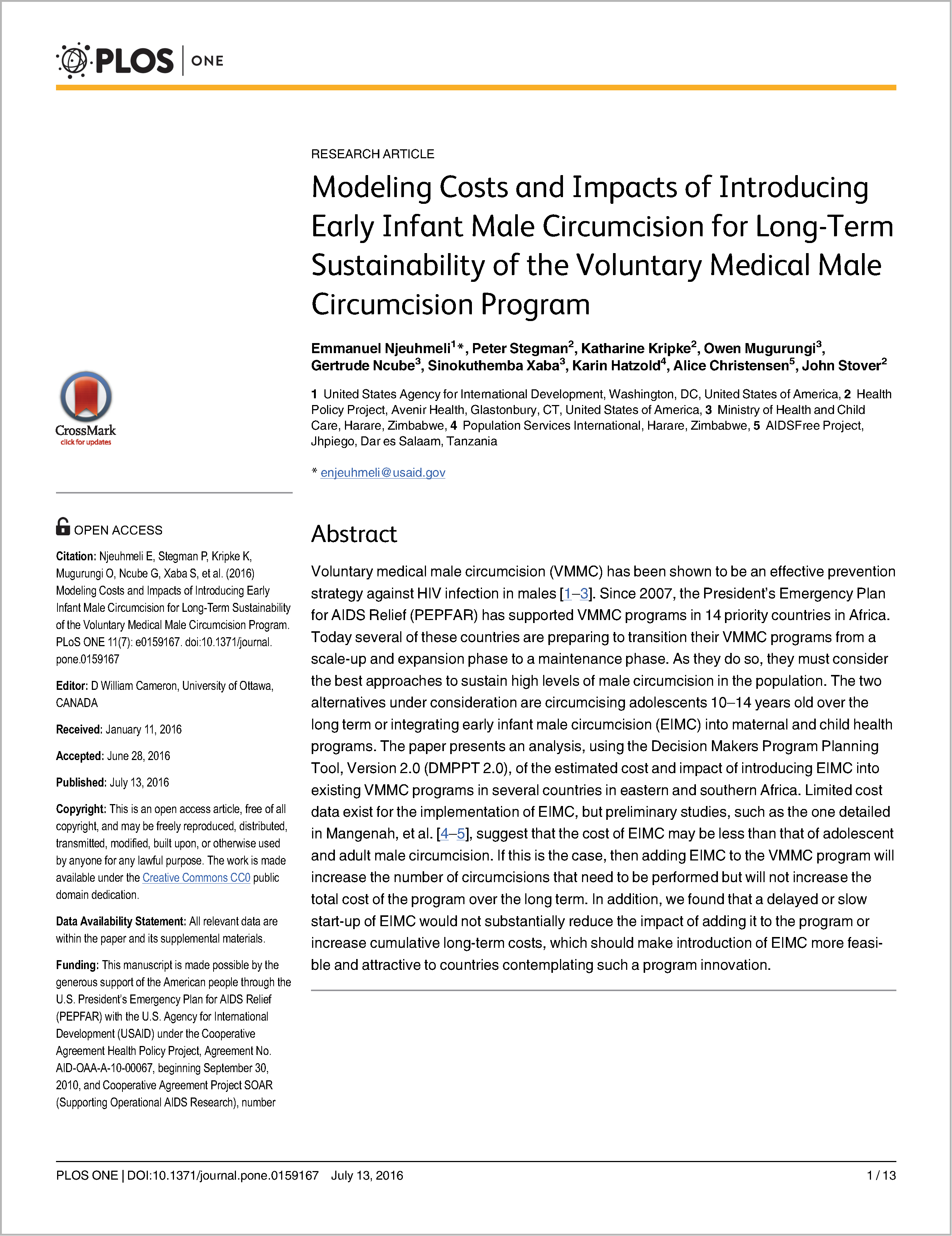