Our analysis points to solutions for some of the data issues encountered in Kenya. Kenya is the first country in which these data issues have been encountered because baseline circumcision rates were high. We anticipate that some of the modeling methods we developed for Kenya will be applicable in other countries. 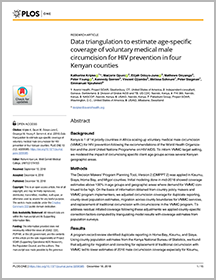